On December 26th the results of the 9th National Contest of Innovational projects were announced in Minsk where they named a winner of the special nomination by NatiVita called “Biotechnology and genomics in medicine and pharmaceuticals”.

Ph.D, Biology Dmitry Dormeshkin with his project “Development of an innovative antibodies library for the high-performance production of antibodies for therapeutic and diagnostic purposes” won in this nomination. 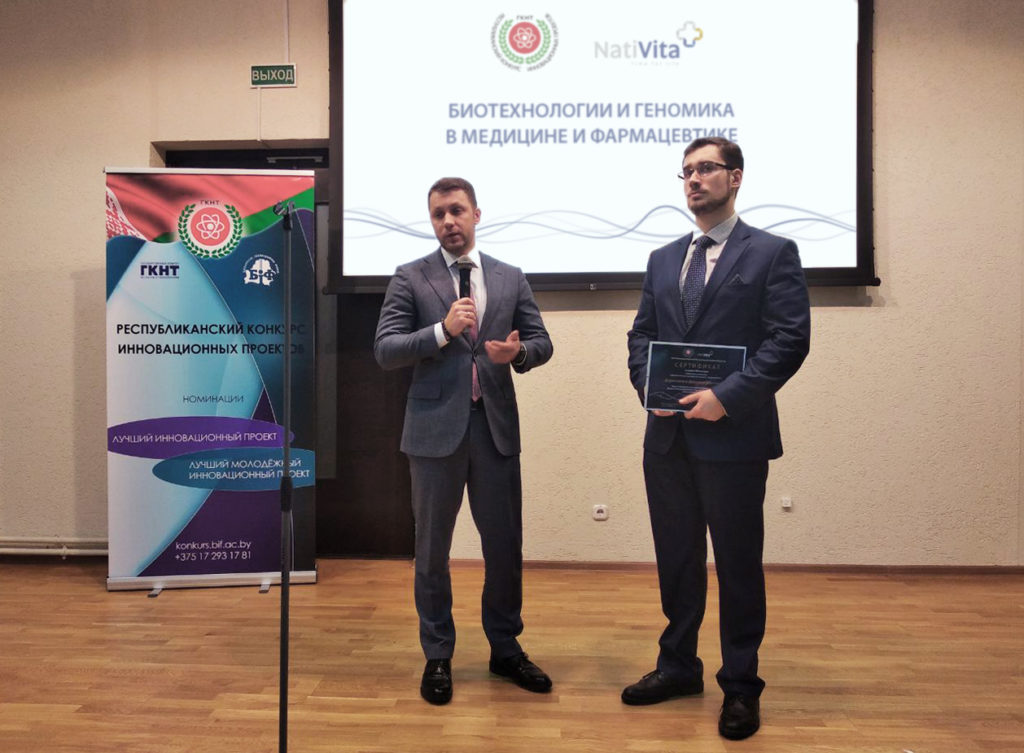 The expert group of the contest had reviewed 150 projects and the academic board of NatiVita then selected three finalists among them. Submitted projects were evaluated based on their relevance, novelty, practical significance and, of course, possibility to get an end product with a chance of commercialization.

Winner Dmitry Dormeshkin suggested a technology of producing antibodies both for diagnostics and treatment of various disorders. Dmitry has been working in this area for several years already and he plans to continue this research:

No doubt that creation of NatiVita nomination in the contest of innovational projects has been one of the reasons for me to take part in it. It’s motivated me to complete my work not only like scientific research but as a project that might be useful for people. And the fact that my project has won in the nomination is a pleasant motivation to further develop this idea”.

NatiVita Chairman of the Board of Directors Vladimir Sychev has stated that scientific development is of a key significance for NatiVita as the company’s goal is not just production of medicine but searching for advanced solutions for changing the very approach to the treatment of socially significant diseases:

Nomination in the National Contest of Innovational projects is one of the steps in the entire system supporting development of scientific potential. The goal that we’ve set is to motivate scientists and young researchers to look for and suggest new effective methods of treatment of socially significant diseases”.

This page contains information about prescription medicines. Under current legislation the materials on this page may only be available for medical and pharmaceutical workers.